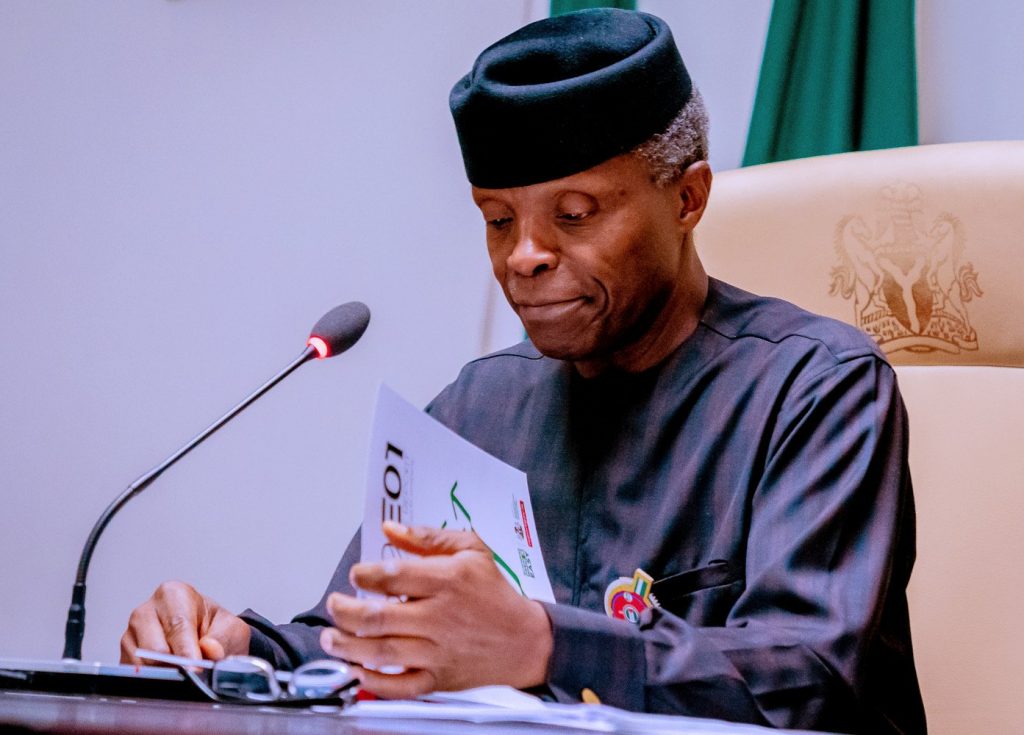 Vice President Yemi Osinbajo said news of his nomination as running mate to then-candidate Muhammadu Buhari in the build-up to the 2015 presidential election came to him as a surprise.

He said he was working on a case of a defection of a federal lawmaker at the Supreme Court when he learned of his nomination.

Osinbajo narrated the story of his emergence on Wednesday when he hosted members of the State House Press Corps to a breaking of fast (Iftar) at his Aguda Residence at the President Villa, Abuja.

“I was working on the case at Peniel Apartments in Abuja on December 18, 2014, when at about 1 a.m. in the morning, I received a call from Rauf Aregbesola that they were coming to Lagos to pick me.

“I said I was in Abuja. He said ‘good because you have been nominated as the vice-presidential candidate’ and I said is that how you nominate people,” Osinbajo said.

The vice president added that after his case that day, he returned to his accommodation. He said immediately after he removed his wig, he felt that “this is probably the last time I will be wearing it.”

He said Aregbesola, who is the current interior minister, and former Ogun State governor, Ibikunle Amosun, later in the day took him to the presidential candidate, Muhammadu Buhari.

Osinbajo said he was telling his story to the journalists to let them know that an individual’s life can change at any minute.

He said he has always believed in and worked for a better Nigeria all his life and his decision to run for the office of president in the 2023 election is to enable him to make a difference. He said very few people have the kind of training and experience that he has.

He said he has, prior to and after he declared to run for president, met with various groups including governors, delegates and party leaders. He, however, said the Iftar with the journalists is the first one he is holding with a group that will not vote at the party primaries.

Osinbajo drew laughter from his audience when he said: “I am probably meeting you for your financial contribution.”

“I don’t know why you think it’s a joke,” he said, drawing more laughter from from the press corps member.

The vice president subsequently sought the support of the journalists.

Osinbajo is one of over 10 people seeking to be the presidential candidate of the ruling party, APC.

One of his main challengers is Bola Tinubu, the former Lagos governor under whose administration Osinbajo served as commissioner for justice for eight years.

Apart from Osinbajo, who is now challenging Tinubu for the APC ticket, many other former close allies of TInubu have also fallen out with him. One of them is Aregbesola, who served as works commissioner under TInubu and was considered one of his closest allies.

Amosun, who took Osinbajo to Buhari, is also seeking the APC presidential ticket.

The APC presidential candidate is expected to emerge at the end of May. President Buhari is ineligible to contest as he is rounding off his constitutionally permitted second term in office.

Drama As $75,000 Disappears At APC Headquarters In Abuja