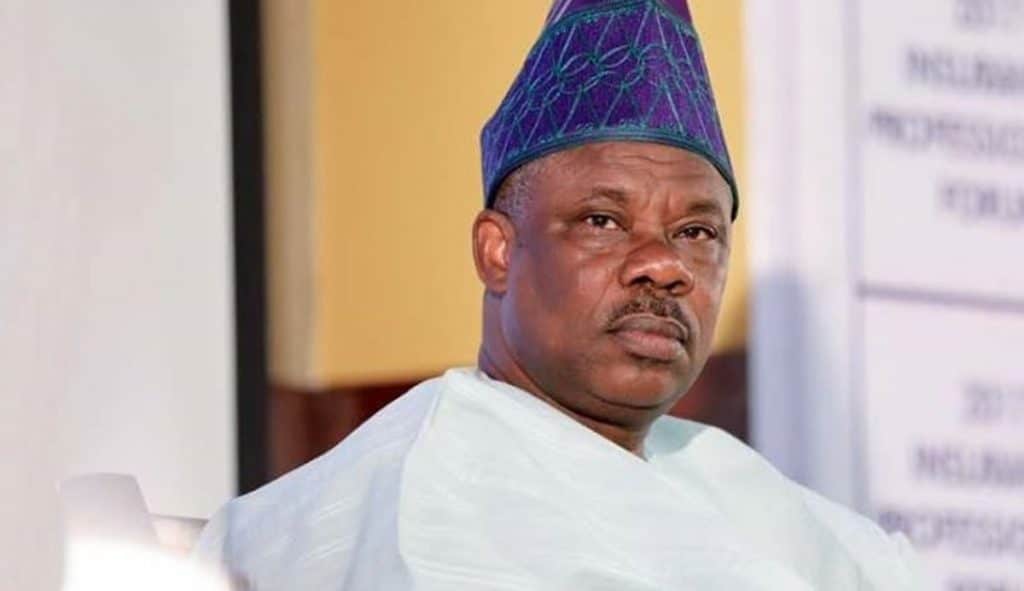 Former Governor of Ogun State, Ibikunle Amosun, has declared his intention to contest for President of Nigeria come 2023.

The former Senator joins the likes of Rotimi Amaechi, the Minister of Transportation; and Chris Ngige, the Minister of Labour and Employment; Governor Kayode Fayemi of Ekiti State, to formally declare to succeed President Muhammadu Buhari in 2023.

Recall that Adams Oshiomhole, former National Chairman of the All Progressives Congress (APC); and Ekiti State Governor, Kayode Fayemi on Wednesday declared their interest to contest the for president in 2023.