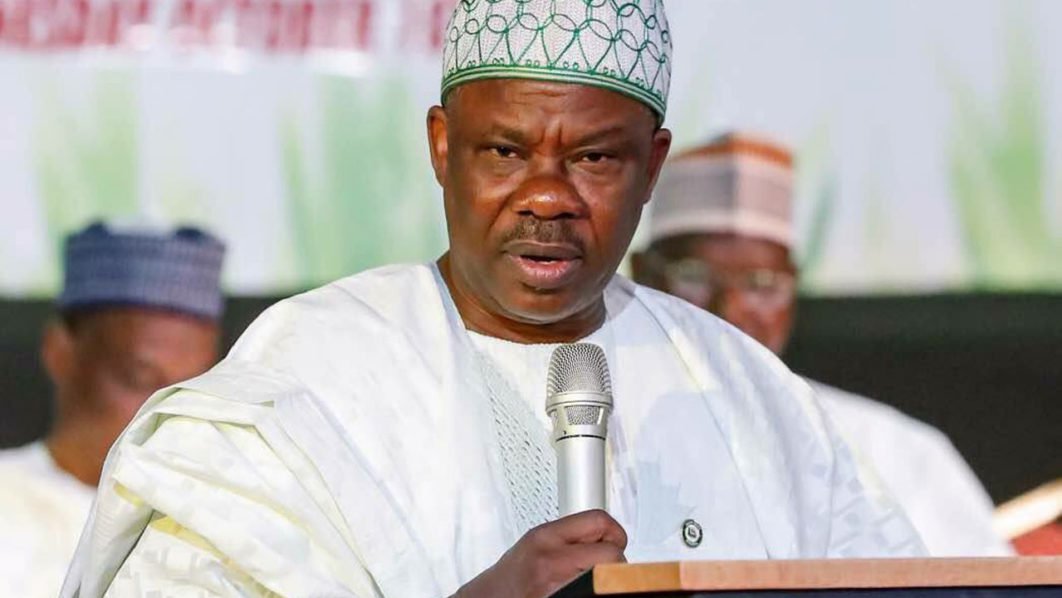 The Ekiti State Governor and presidential aspirant on the platform of the All Progressives Congress (APC) Kayode Fayemi, was on Thursday spotted at the official presidential declaration ceremony of former Ogun State Governor, Senator Ibikunle Amosun.

Fayemi who declared his intention to run for the Presidency barely 24 hours earlier was spotted at the Shehu Musa Yar’Adua Centre, Abuja, the venue of Amosun’s presidential declaration ceremony.

TRIXX NG recalls that Senator Ibikunle Amosun also caught many by surprise as he attended the presidential declaration of Kayode Fayemi in Abuja.

Many have queried what the two friends might be up to, even as some opined that there might be a political game plan to be unveiled by the two APC chieftains.