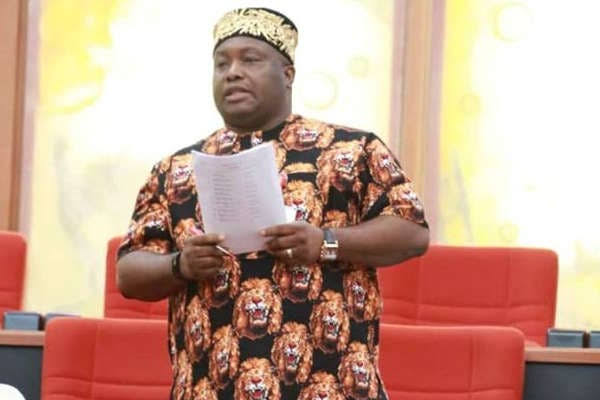 The leader of INRI Evangelical Spiritual Church, Primate Ayodele has spoken about the fate of the candidate of Young Progressive Party (YPP), Ifeanyi Ubah on the forthcoming Anambra Governorship Election.

During the launch of his annual book of Prophecy titled Warnings To The Nations, He mentioned that the only way Ifeanyi Ubah can win the election is if APGA doesn’t put their house in order.

He revealed that If APGA continues to have crisis, it will be a victory for Ifeanyi Ubah.

He further adviced Ifeanyi Ubah to pray for confusion to rock the boat of APGA in order for him to become the next governor of Anambra state.

”For Anambra election, The only way Ifeanyi Ubah can win is if APGA has crisis till the election day.

If he wants to win, let him pray for confusion to continue rocking the boat of APGA or else, APGA will retain the seat of the governor in Anambra”