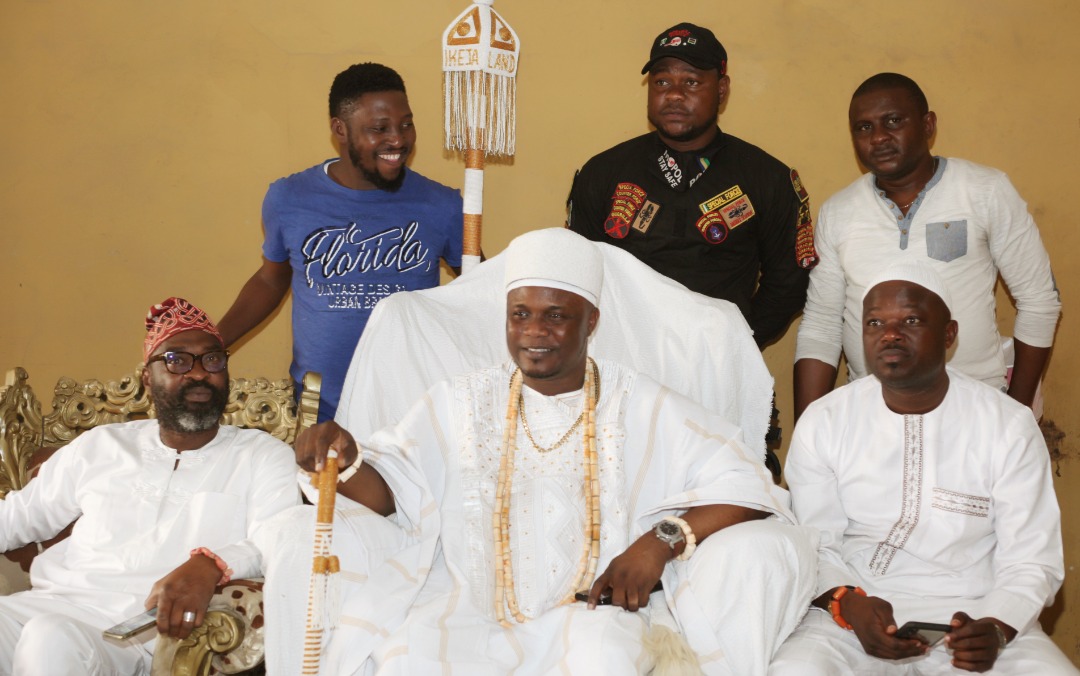 After nine years of interregnum, the Ikeja kingdom’s vacant throne has been filled with the installation of a prince and a real estate expert, Tajudeen Muritala, as the new traditional ruler for the capital of Lagos State.

Muritala was installed after the royal families including Iyade and Oshoja, entitled to the throne picked him as their preferred candidate for the vacant stool and asked the kingmakers to embark on the traditional rites that certify him as the new Olu of Ikeja

As gathered, the kingmakers and chiefs including the Oluwo of Ikeja, Mureni Illo, were said to be coordinating the traditional rites for the new monarch to put the empty palace into use and lead the kingdom effectively.
In the video obtained by newsmen, Muritala was seen to have been installed as the new traditional ruler after being led to carry out the entire exercise which started in the early hours on Saturday as stipulated by the kingdom’s tradition.
From the visuals, Muritala was seen to have been crowned with the kingdom’s crown and was led to different historical locations within the community to perform all necessary rites.

Also, several indigenes of the kingdom were seen participating in the rites to ensure that the exercise remain successful and does not fall short of the expected standards

Speaking to newsmen after the installation of the traditional ruler, a member of the royal family, Jamiu Folami, described the installation as a welcome development and that it would put an end to the infighting that had denied the kingdom a monarch for about a decade.

Folami added that the families were happy that the throne of their fathers have finally been occupied and that all traditional rites expected to be conducted annually would now be carried out within the stipulated time.
The installation of the real estate expert as the traditional ruler followed the vacancy that had left the kingdom without any monarch after three brothers earlier handed the baton to decide among themselves who succeed the last monarch, Oba Rafiu Amore of Amore royal family, could not reach an agreement on who represents their family.
It was learnt that the battle for the throne did not only lead the brothers, Wasiu, Nurudeeen, and Shamsondeen Adeleye, from Ikeja kingdom Oshoja royal family, into disagreement but also led to death of one of them, Shamsondeen, who was said to have died barely two years ago fighting for the same course. And mediations did not yield any results.