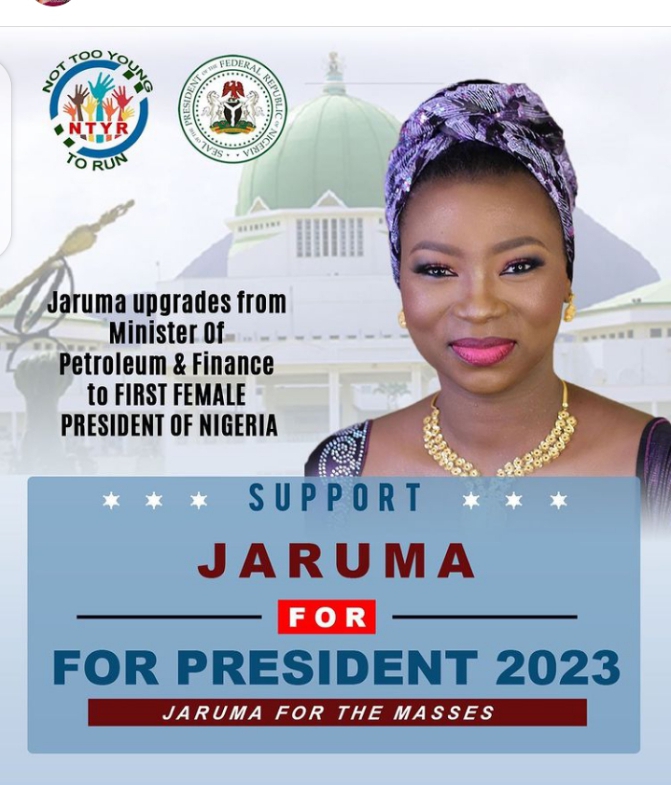 TRIXX NG reports the Kayamata CEO, Jaruma has declared her intention to run for the post of Nigeria’s president in 2023.

This is coming few hours after she was granted a bail of N500,000 at the upper area court, Zuba in Abuja

Jaruma had been remanded in prison days ago for offences relating to false Publication against billionaire businessman, Prince Ned Nwoko and drug abuse.

She had referred to Former President Olusegun Obasanjo and others who were jailed and became president as her mentor and inspiration behind her ambition.

Though granted bail today, hearing of her case will begin on 23rd of February, 2022 and if found guilty, she may be sentenced to 25 years imprisonment.