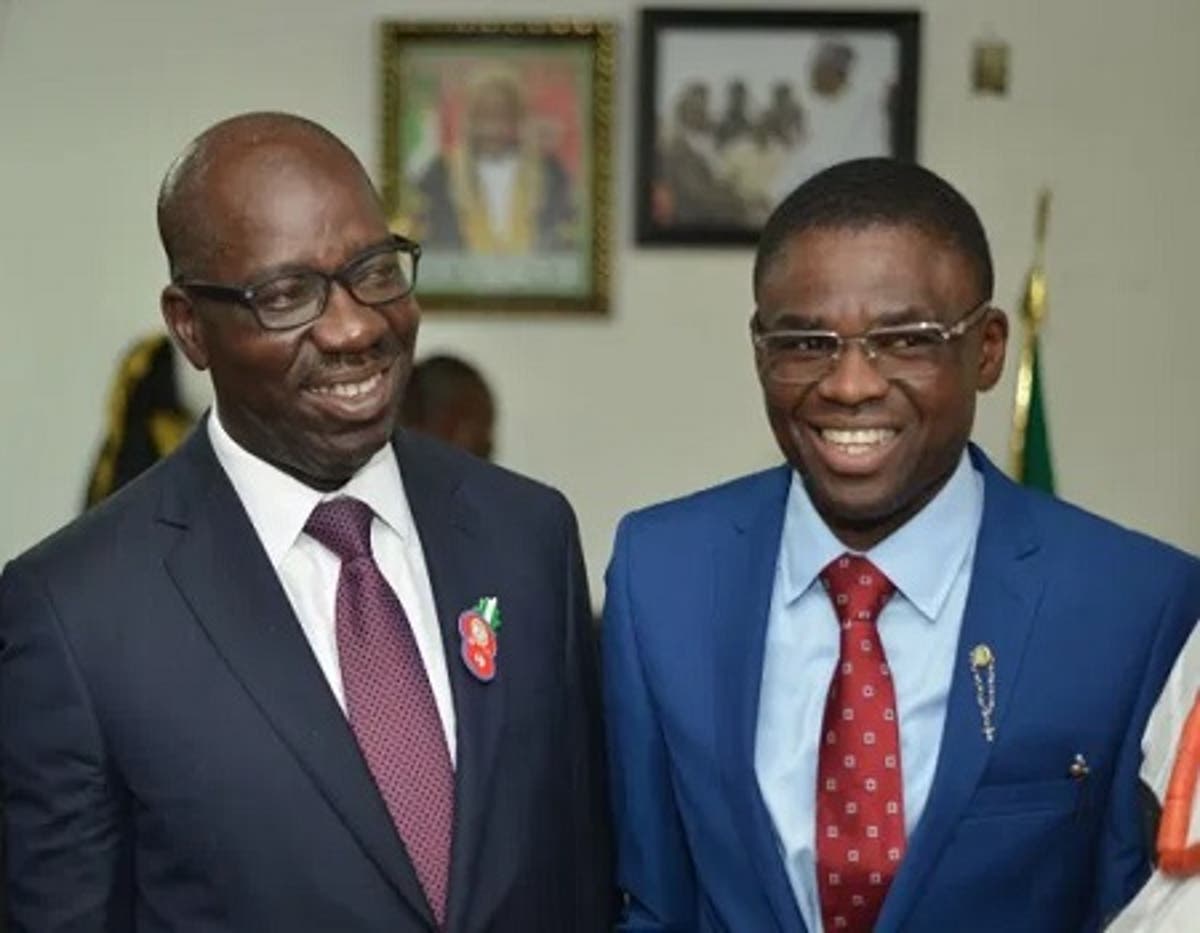 Edo state politics has taken another turn as all seem not to be well between the governor, Godwin Obaseki and his deputy, Phillip Shaibu.

News broke out this morning that the deputy governor is making plans to dump the people democratic party for another party which he is yet to disclose.

Further information revealed that this is connected to a misunderstanding that is going on between the governor and his deputy.

Meanwhile, a popular Nigerian prophet, Primate Elijah Ayodele who was the only man of God that predicted the victory of Godwin Obaseki had warned that he foresees a misunderstanding between both of them.

He made this statement shortly after the victory of Godwin Obaseki in 2020.

“Governor Obaseki will face challenges even as there will be problems between Obeseki and PDP.

“Obaseki will disappoint the PDP.

“The Deputy Governor and Governor need prayers because of unnecessary misunderstanding that will cause leakage in Obaseki’s government.

“The Governor and the deputy needs prayers for understanding.”

With the recent development, it seems his prophecy is about to come to pass

ABUAD Teaching Hospital’s Edge Over Others In Nigeria