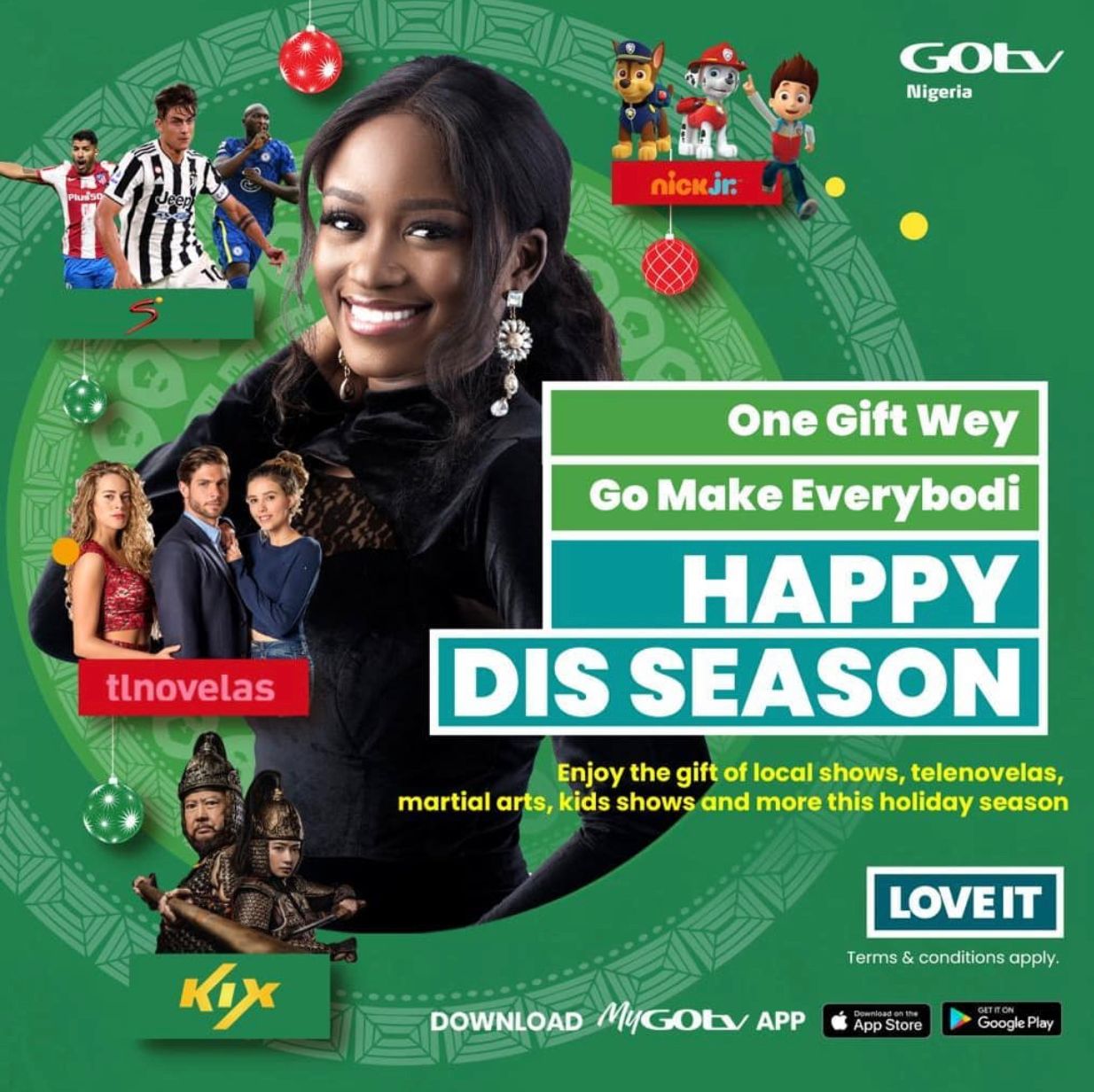 It is an open secret that we all love the weekend as it offers the chance to unwind from the tedious activities of the week.

As always, GOtv promises must-watch movies, fun-filled soap operas and shows for adults and kids to keep you and yours close to the television screen throughout the weekend.

Have fun with family and friends this weekend as the recently added package, GOtv Supa brings the exciting movies, shows and series right to your doorstep.

Are you ready for the perfect blend of entertainment on GOtv this weekend? It can only get better as telenovela lovers get to continue Crown of Tears on TLNovelas (Channel 9) weekdays at 7:40pm. This telenovela captures how Refugio and her kids, Patricio, Edmundo and Ignacio are thrown out of their home and arrive by chance in Mexico City where they start a new life.

It doesn’t end there for telenovela fans as the entertainment continues with 100 Days to Fall in Love on Telemundo (Channel 14) daily at 8pm. The heart-warming telenovela chronicles the life of long-time best friends Constanza, a successful and sophisticated lawyer, mother and wife; and Remedios, a loving mother and wife, who, contrary to her friend, is a free-spirit struggling to keep her life in order.

On the local scene, you can cheer yourself with another humorous episode of Jenifa’s Diary this weekend. This Saturday, 20 November, the Nigerian series will be showing on ROK (Channel 7) at 8:05pm. It tells the story of a native village girl Jenifa (played by Funke Akindele) who desperately wants to get out of her ratchet way of life. Get ready for belly laughs as you follow the journey of a desperate Jenifa who leaves the village for the city of Lagos to get a proper education.

Catch your favourite music superstars, comedians and on-air personalities on the latest episode of Music Buzz. Join the show hosts, the DNA twins on Africa Magic Urban (Channel 6) Wednesdays at 9:30pm as they discuss the hottest songs, gists and happenings in the Nigerian music industry.

Adventure never gets old! Don’t miss the thrilling Fast & Furious 6 on M-Net Movies (Channel 3) showing on Sunday, 21 November at 7pm. Find out how Hobbs enlisted Dominic’s assistance to catch a team of mercenary drivers who manage to evade him every time.

Fans of the WWE can gear up for This year’s edition of Survivor Series, which will be the 35th edition. This thrilling event, which will be held at the Barclays Center in New York City on the morning of Monday, 22 November 2021. The kick-off show airs at 1am, while the WWE Survivor Series airs at 2am, both on WWE (Channel 36). There will be a prime-time repeat later the same day at 7pm and 8pm on WWE (Channel 36).

Won’t you rather have your weekend packed with all of these premium entertainment content? There is no other place for you to remain tuned to than on GOtv.

Reconnect or upgrade to GOtv Supa for the price of N5,500 per month to enjoy interesting channels such as WWE, African Magic Urban, TLNovelas, Honey, Nick Junior, NickToons, ROK, Kix, Novela Magic among other exciting channels. You won’t regret it!