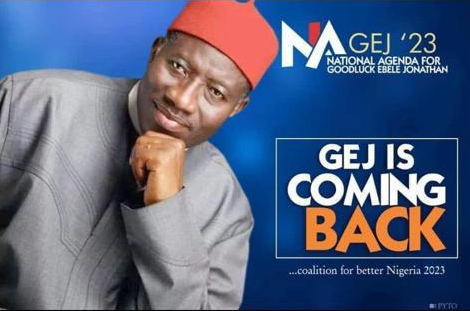 Inspite of overtures by some Northern governors of the All Progressives Congress (APC) to ex-President Goodluck Jonathan to fly the flag of the party in next year’s election, there is no commitment yet from President Muhammadu Buhari or key party leaders on the matter, The Nation can now report.

It was learnt that the ex-President is still consulting on whether or not to contest or remain a statesman.

Jonathan is believed to have lost the backing of some Peoples Democratic Party (PDP) governors, especially his anointed choice in one of the South-South states.

The particular governor is said to have ruled out the prospect of another Jonathan presidency under any guise.

According to an investigation conducted by our correspondent, the cold shoulder from the PDP governors was capitalised upon by some APC Northern governors to woo Jonathan.

The APC governors opted for Jonathan because he is only entitled to one term, after which power would return to the North.

It was gathered that Jonathan’s candidacy is not acceptable to more than three APC governors.

A top source, who spoke in confidence with our correspondent, said: “Some Northern governors have reached out to Jonathan on 2023 presidency and the need to be APC flag bearer.

“The permutations of the governors border on fostering a North and South-South alliance with some elements in the South-West in 2023.

“The governors believe that with one term for Jonathan from 2023, the presidency can return to the North in 2027.

“But many APC governors are not buying into the Jonathan project at all. They claimed that if Jonathan secures APC presidential ticket, there would be no justification for the 2015 ouster of PDP from power by the ruling party.”

Findings from some close associates of Jonathan confirmed that he is interested in the presidency but he wants the ticket on a platter of gold.