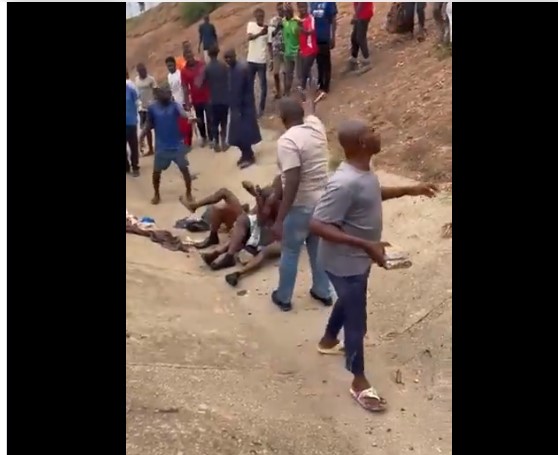 TRIXX NG reports that some kidnappers have reportedly met their waterloo in Abuja after abducting a lady who is into POS business.

In a tweet shared by a witness, it was revealed that they abducted the POS lady and kept her in their car booth when someone saw them and raised alarm. Before they could go far, they were reportedly arrested by residents.

In the video shared below, people were seen stoning them after stripping them n*ked.