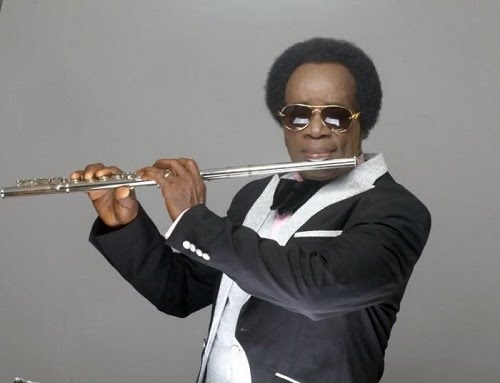 TRIXX NG reports that the real cause of Sir Victor Uwaifo’s death could be related to the novel Covid-19 virus.

This was posted by a popular Instagram blogger, Tunde Ednut when news of his death broke the internet.

His death was confirmed by his son who lamented that the legendary musician died few days after collaborating with him.

He then went to Yaba College of Technology, Lagos from where he obtained a National Art Diploma with distinction.

He received a B.A Hons, First Class, Fine and Applied Arts from the University of Benin and a Masters’ Degree in Sculpting from the same university.

He also obtained a Ph.D in Architectural Sculpture from the same university where he had been a Professor of Music and Art.

He also served as Commissioner for Arts, Culture and Tourism in Edo State of Nigeria between 2001 and 2003.

In March, he marked his 80th birthday, which was turned into a carnival of sort, to celebrate his contributions not just to music, but also to creative arts.

Uwaifo had a Doctor of Letters (D.Litt) Degree (Honoris) by awarded to him by University of Benin.

He was also a recipient of Benin National Merit Award; the University of Benin Distinguished Alumnus Award and the National Honour of Member of the Order of the Niger.

He was the first Nigerian musician to be honoured by the Federal Government.

In 2010, Prof. Uwaifo was one of the select Nigerians awarded the fellowship of the Nigerian Academy of Letters at a grand event at the University of Lagos.

Speaker Obasa commiserates with PDP over loss of chairman, others