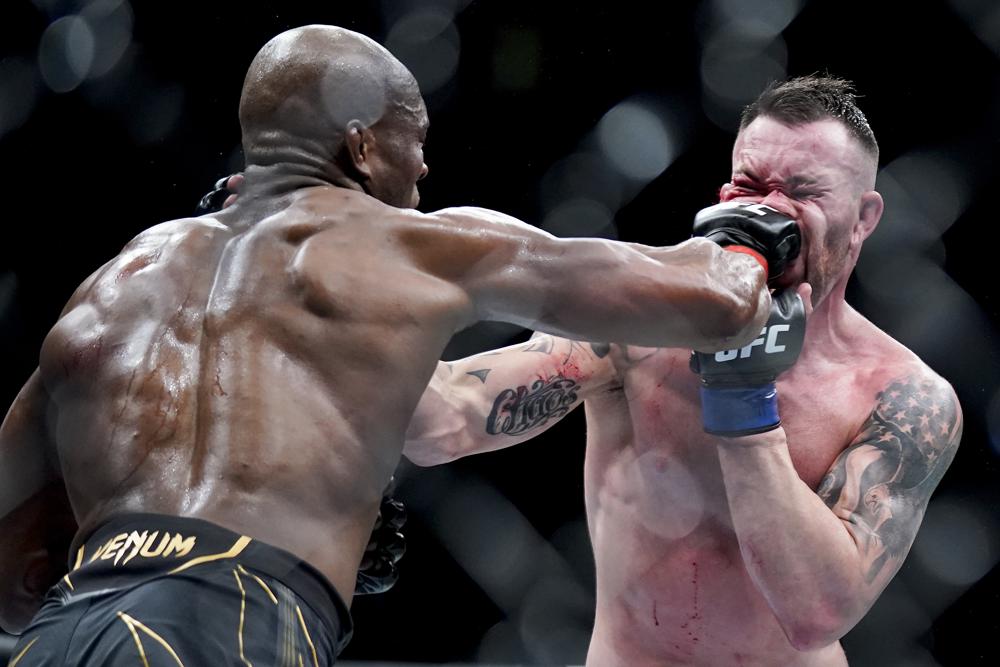 Kamaru Usman defeated Colby Covington by unanimous decision to retain the UFC welterweight championship at UFC 268 in the early hours of Sunday.

It was a rematch between both rivals with Usman ending the contest before the end of the round in their first clash.

The main event between Usman and Covington had a tentative beginning with little action taking place in the first round.

Usman was measured in his striking and was landing the harder shots as he dropped Covington twice at the end of the second stanza.

Covington looked deflated on his stool but had a much better third round, upping his striking output and beginning to land on the champion.

The challenger’s success continued on into the fourth round as the fight started to heat up with Covington landed a big uppercut at the bell.

Covington likely needed a finish heading into the final round, but Usman controlled the pace and did enough to earn the unanimous decision nod.

In the co-main event, Namajunas and Zhang put on a much closer outing from their first fight, but it was Namajunas who retained her title.