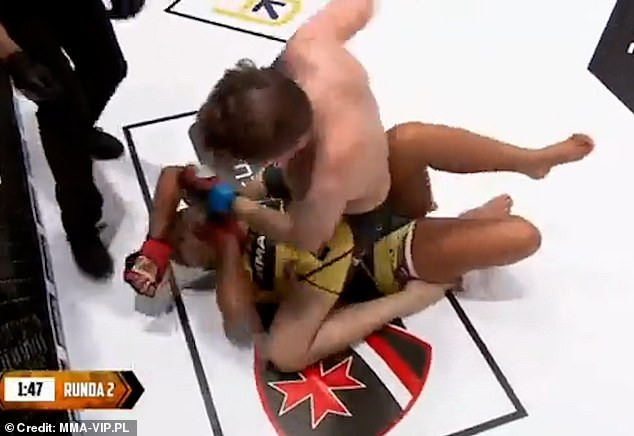 Trixx NG reports viewers have expressed fury and outrage after a male MMA fighter mercilessly beat up his female rival during a mixed-gender fight in Poland.

Fans have described the scenes as ‘horrific’ and ‘absurd’ wondering how sanctioning bodies allowed the fight on October 29 in Czestochowa, Poland to go through.

The referee for the MMA-VIP event in Poland was forced to end the bout as the woman suffered a series of blows while the crowd shouted and cheered.

Fans had to call for the fight to end as Muaboy landed hard, clean shots to Siekacz before pinning her to the canvas and applying ground and pound.