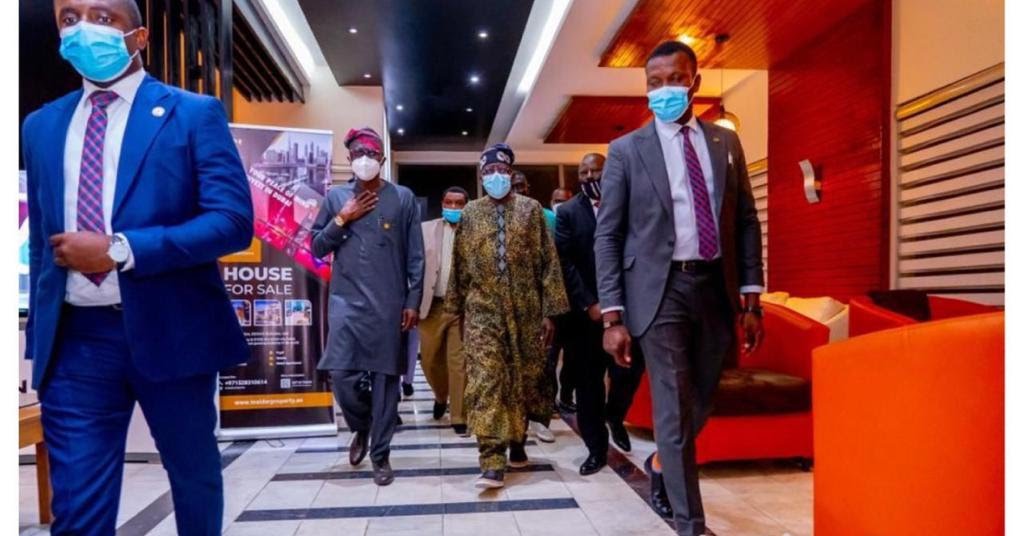 All Progressives Congress leader, Asiwaju Bola Tinubu has arrived in Lagos from London after about 102 days of absence, two clear days ahead of speculations.

Tinubu arrived at the Lagos airport to the warm welcome of Lagos governor, Babajide Sanwo-Olu and other APC top guns, such as Senator Tokunbo Afikuyomi.

His arrival had been a top secret as he wanted to avoid a crowded reception at the airport.

In a statement after Tinubu’s return, Tunde Rahman, his media adviser issued a statement on the trip and his return.

“During his trip abroad, he underwent surgery on his right knee as well as rigorous post-surgery physiotherapy on the said knee.

“Contrary to unfounded rumour, he underwent no other surgical procedures and contemplates none in the future.

“His recuperation has been without complication and ahead of the schedule by the attending surgeon.

“He has returned fully healed from the knee surgery and fully committed to doing his modest part of advancing the cause of progressive democratic good governance throughout our beloved nation.”

“The APC chieftain expressed his appreciation to President Muhammadu Buhari, as well as other political leaders, who visited him while he was in London”.