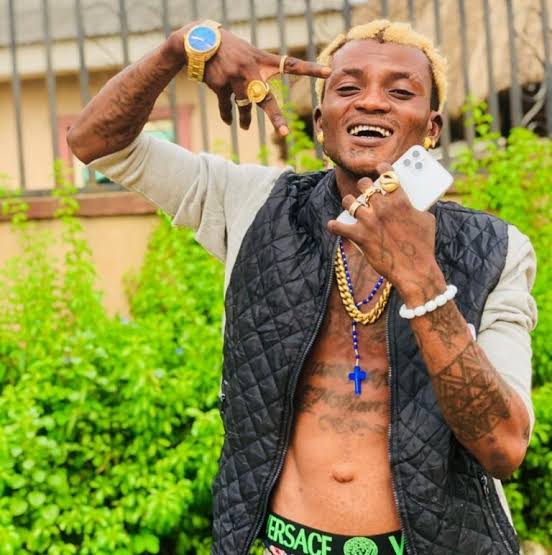 Trixx NG reports a Nigerian lady, who identified herself as Abike, has alleged that she was abandoned by singer Habeeb Okikiola better known as Portable after getting pregnant for him.

In a video going viral on social media, the lady said she met the Zazoo Zeh Crooner, at a nightclub last year while she was working as a commercial sex worker.

The single mom while narrating her story in Yoruba dialect, disclosed that Portable got her pregnant and gave her money to abort the baby. However, owing to her background, where she claims that abortion is taboo, she decided to keep the child.

Her words: “My name is Abike. I and Portable met at a nightclub last year and I spent the night with him as an Olosho(hooker). At the end of it all, I got pregnant for him.

“He gave me money to go abort the pregnancy, but I refused to follow his advice because we don’t commit abortion where I come from.”

The lady who, in the video, held the baby she allegedly had for Portable, said she recently heard that the singer had become a celebrity.

This is as she lamented that he has been ignoring her and the baby since he found fame.

“Portable has stopped picking my calls and has not sent money for the baby’s upkeep. Please, Nigerians should have pity on me and help me share this video,” she said.

The Kids Talent Show Rebrands, Strategizes for Next Year