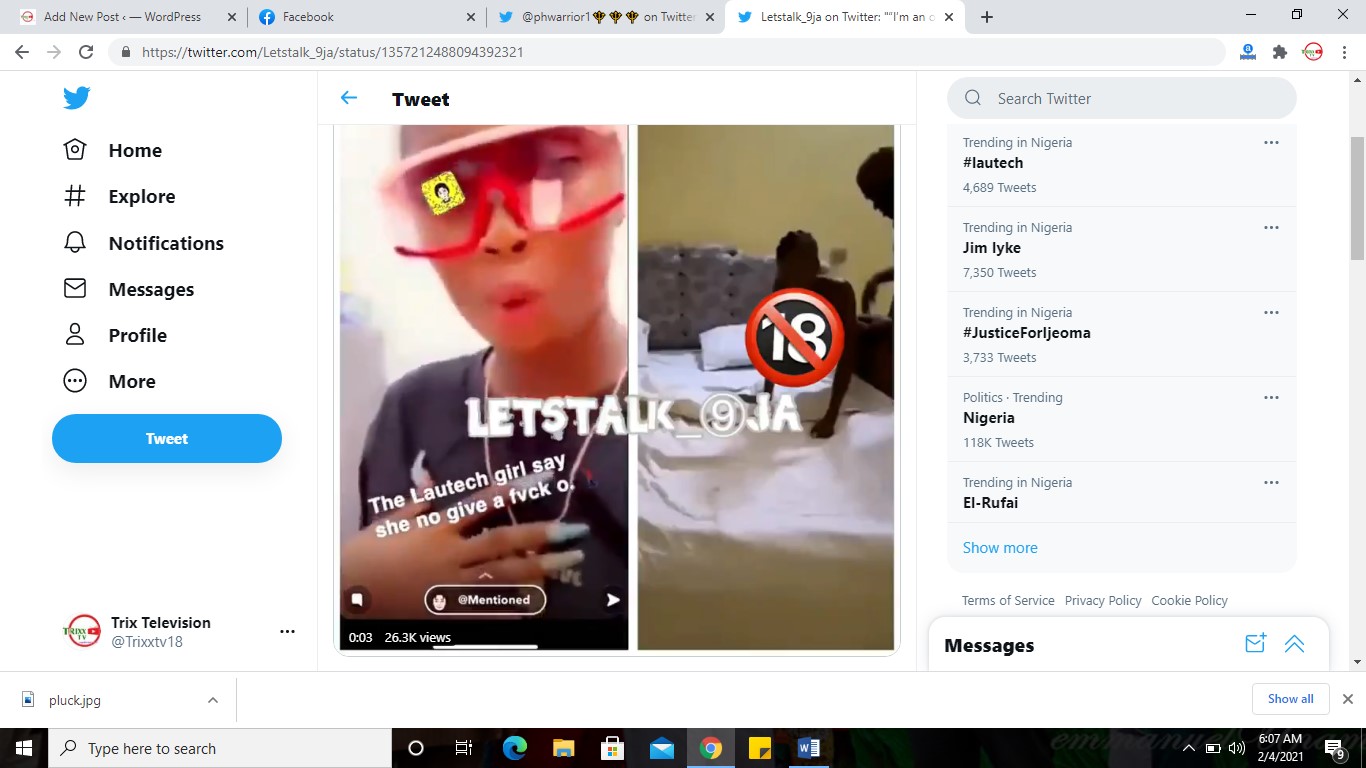 TRIXX NG reports that Ladoke Akintola University Of Technology(LAUTECH) had denied one of it’s ‘student’ who was involved in a viral s*x video making rounds.

When the video went viral, the lady came out to defend her action, and told everyone that prostitution for her is a good work.

However, the The Public Relations Officer of the university, Mr Lekan Fadeyi, however, revealed that the lady was not a student at the institution.

He said, “We don’t have anything to do with the lady you mentioned. There are many of them who did not even complete secondary school education but would go on social media to claim they are LAUTECH student. We don’t know her; LAUTECH is a school for serious minded students and staff and not her type.”

Justice Who Sentenced This Popular Man Of God To Death By Hanging, Is Dead

Amidst Breakup Rumour, Chioma Hangs Out With Davido’s Cousin