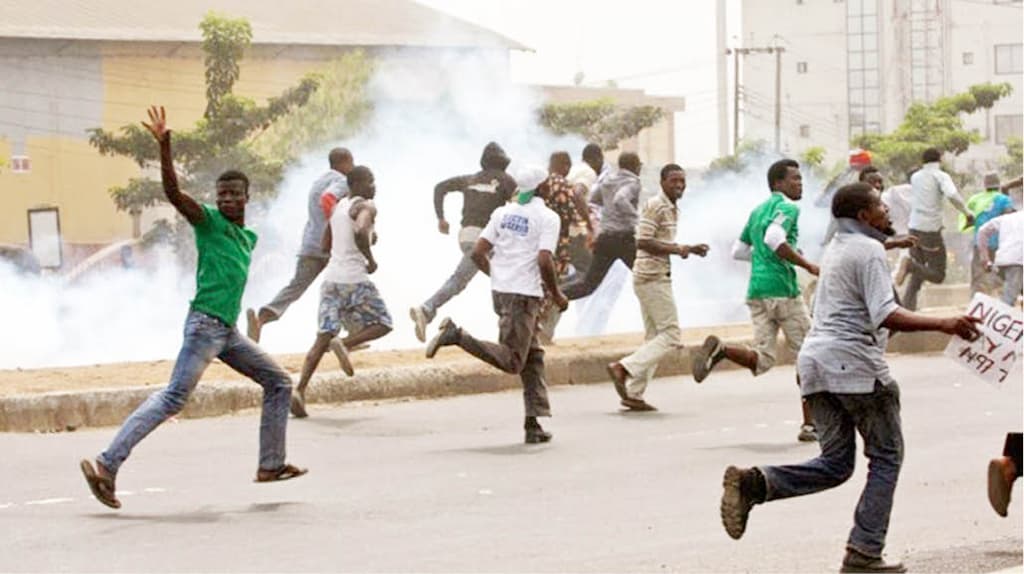 Some members of the All Progressives Congress (APC) in Idanre Local Government Area of Ondo State, have been attacked and injured by suspected political thugs.

The victims, who were supporters of House of Assembly hopeful Princess Tosin Ogunlowo, were said to have been in a convoy while returning from the party’s secretariat in Akure, the state capital, when the hoodlums allegedly ambushed them with guns, cutlasses, and other dangerous weapons.

According to DailyPost, the thugs attacked the politicians in a convoy of four vehicles in Italorun Village on the Idanre-Akure route, after the aspirant went to submit her nomination form.

“Along the road, the thugs came out and attacked them with guns, cutlasses and broken bottles and they inflicted injuries on her supporters.

“They also vandalised the vehicles in the convoy. But the aspirant escaped the attack unhurt and those injured were rushed to the hospital for treatment,” the eyewitness said.

One of the victims, Gbodi Bamidele, who is the leader of the Idanre Local Government Legislative Council, alleged that the attack was a sponsored one, particularly that a notorious thug in the area led the hoodlums during the attack.

“When we got to Oja Anaye, one of the thugs called Prof came with others to attack us. They came with guns, bottles of beer and cutlasses. Our members were seriously injured. They have been taken to the hospital,” he said.

When contacted, the police spokesperson in the state, SP Funmilayo Odunlami, confirmed the incident.

Odunlami stated that it was a fight between supporters of two political aspirants in the area but the police had quenched and deescalated the situation.

“There was an altercation between the supporters of two aspirants in the area, it led to a shootout.

“The police from Idanre Division were able to maintain peace while the victims have been taken to the hospital,” she said.