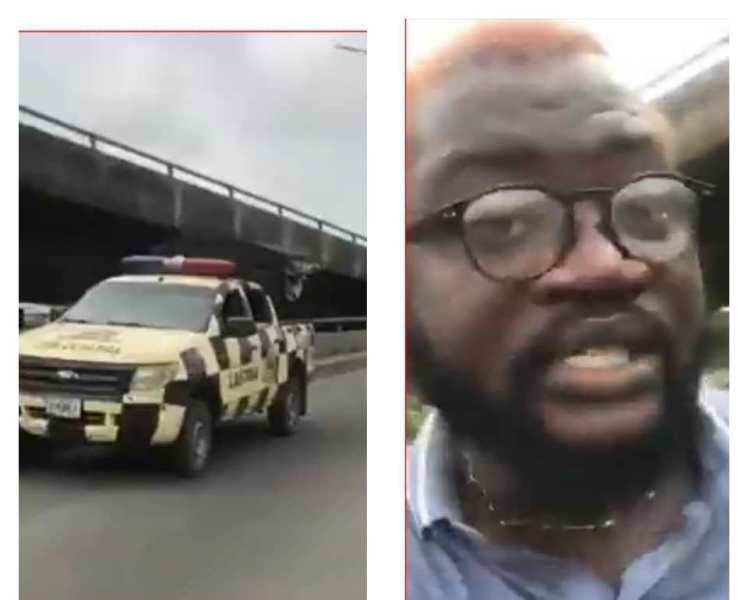 TRIXX NG reports the moment a man stopped a vehicle belonging to the Lagos State Traffic Management Authority (LASTMA) for driving against traffic.

According to reports, the incident occurred around the Third Mainland Bridge area of Lagos State.

“Ladies and gentlemen, I present to you, your darling LASTMA officials who in collaboration with the Lagos State Government, recently auctioned off people’s vehicles for driving one-way against traffic. When dem go auction this truck? You did well @Dagbofather” Demola of Lagos on Twitter captioned the video.

The man who spoke in Pidgin English was heard saying: “Them dey follow one-way dey come, see my car, see where we dey come from, the third mainland, no man’s road, I stop them, them dey tell me say make I pass here, look at them, look at their faces, I am not leaving this place for them, look at me. I am not leaving this place for these fuckers today, bastard, oga reverse this car, na God go punish you today, you are an idiot…”

Related Topics:LagosLASTMAThitd mainland bridge
Up Next