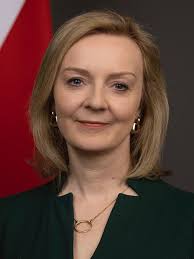 The new United Kingdom Prime Minister, Liz Truss, has appointed British-Nigerian, Kemi Badenoch as a member of her cabinet on Tuesday.

TRIXX NG recall that Badenoch vied to be British PM as a member of the Conservative Party and made it to the top five in July.

The appointment of Badenoch as the Secretary of State for International Trade and President of the Board of Trade was announced via the verified Twitter page of the UK Prime Minister, @10DowningStreet, on Tuesday.

The post read, “Kemi Badenoch MP @KemiBadenoch has been appointed Secretary of State for International Trade and President of the Board of Trade @TradeGovUK

Badenoch was born in Wimbledon, London, to Nigerian parents. Her childhood was spent in part of the United States of America, and in Lagos, Nigeria. She returned to the United Kingdom at the age of 16.