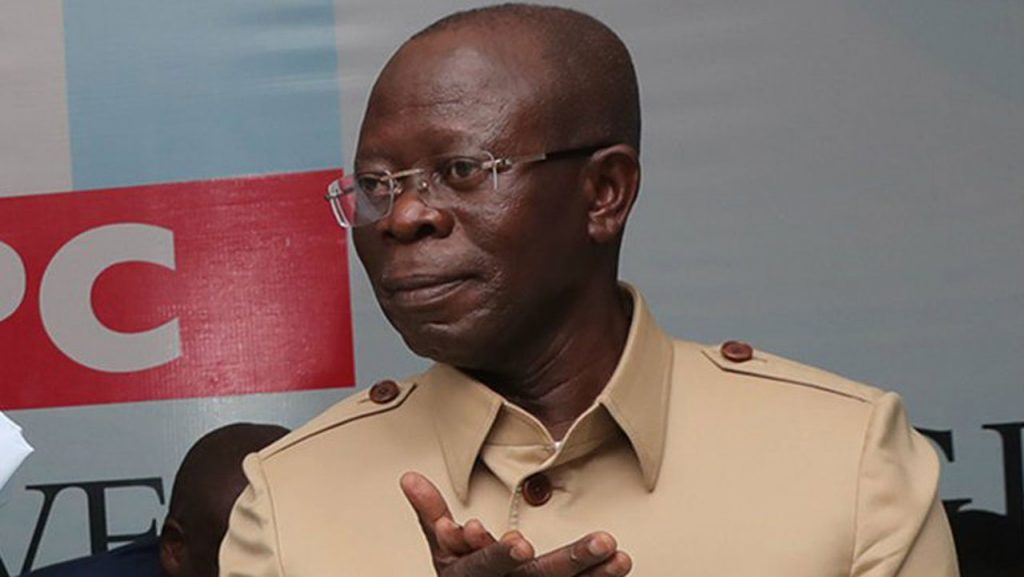 TRIXX NG recalls that the former Edo State Governor had announced his intention to represent Edo North Senatorial District in the National Assembly.

On the occasion of his 70th birthday in Edo in April, Oshiomhole had promised to ensure that the people of the senatorial district are well catered for if elected in 2023.

In a new twist, the former APC national chairman on May 4 expressed his desire to contest for the office of the President of the Federal Republic of Nigeria on the APC platform.

However, Oshiomhole was screened on Saturday for a ticket to contest the Edo North senatorial election by the APC screening committee.

The former Edo governor was screened in Abuja and would contest for the seat with the current APC Senator representing the constituency, Francis Alimikhena.

The name of the former governor was not listed among APC presidential aspirants who have submitted their forms, according to a report by THISDAY.

Twenty-five presidential aspirants successfully submitted their forms and are set to face the screening panel of the ruling party on the 23rd of May.