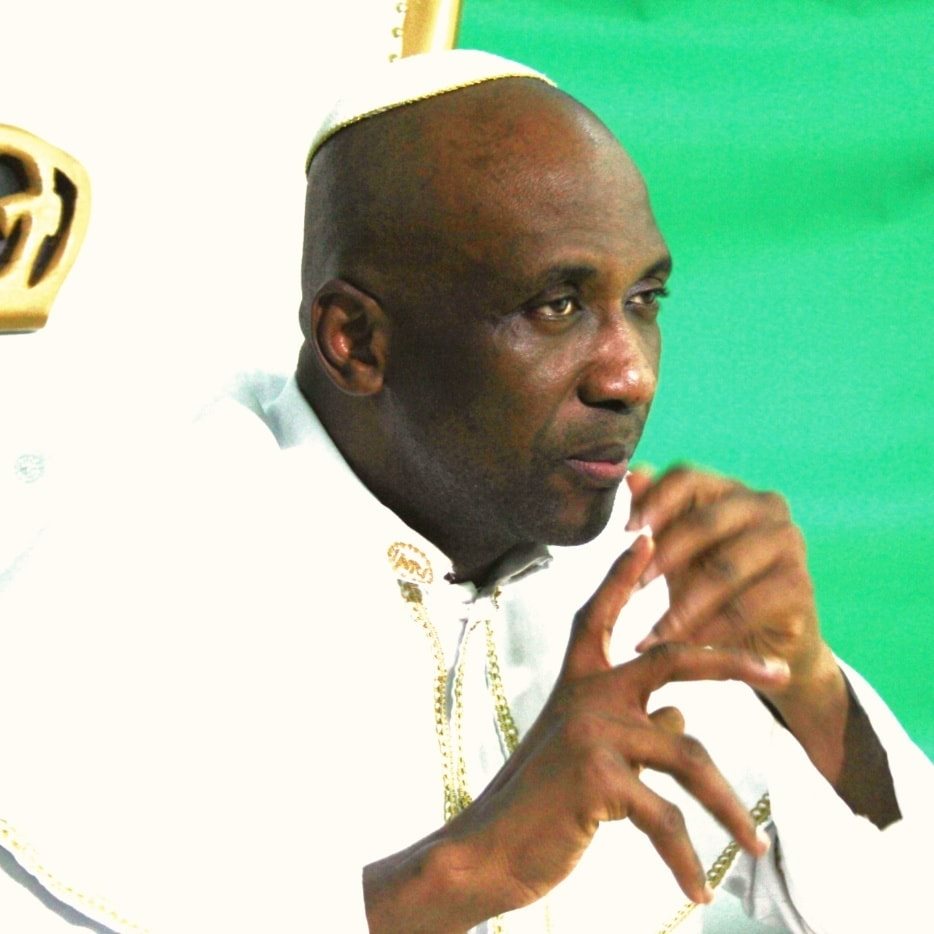 TRIXX NG reports that The Leader Of INRI Evangelical Spiritual Church, Primate Elijah Ayodele has warned the President of Uganda, Yoweri Museveni to reorganize his military formation because he foresees that they want to hijack his government midway.

This was made known during a service at his lagos church when he released several prophecies for African countries.

‘’Uganda president must not relax, opposition wants to make his government ungovernable. He needs to re-organize his military otherwise, they will intercept his government midway. They will sign unnecessary security agreements with some countries. The president will be accused of corruption. He will be betrayed and confusion will rock his cabinet, He needs to be prayerful not to be bereaved. Let him be watchful.’’

He made it known that some African countries will not want allow free trade, and for Nigeria, the price of imported rice will go up to N45,000 due to the border crisis that will come up between the country and Benin Republic.

‘‘There will be border crisis in some African countries which the Lord has shown me. Nigeria and Benin Republic will have issues which will affect free trade between them, it will need to intervention of ECOWAS to be resolved. This will affect commodities and price of rice will go up to N45, 000. Let the government of these countries settle the crisis as soon as it comes up for the sake of the citizens’’

‘’Zambia, Burkina Faso, Burundi, Cameroun, Ivory Coast, Cape Verde, Mali, Kenya, Sudan will not allow free trade in their borders. They will have issues with their borders. They need to pray for God’s peace in these countries, I see them in serious crisis’’

The man of God also warned Kenya Government against unnecessary attacks in the forthcoming election, asking them to pray for God’s intervention in any issue that may want to threaten the security of the country.

‘’There is an election coming in Kenya. The government should pray against unnecessary attacks that will threaten the country’s security’’

‘’William Ruto will do everything to battle Jaramogi Odinga but the later will use technicality to battle the former. The election will be tough, let them pray against political assassinations and killings. If Odinga works very well in the northern part, He will get it, if not, give it to Ruto’’

In Sudan, Primate Ayodele gave a prophecy concerning the democratic process, advising the president to be watchful so his plans will not boomerang.

Furthermore, Primate Ayodele warned all African countries to be careful with how they ask for support from foreign countries as he foresees the countries taking change of African government technically. He also warned against slavery.

‘’African countries will sell themselves out by asking for foreign support in terms of security and economy. They will use technicality to rule Africa. I see slavery rising up in some parts of Africa though the international community will fight it, let’s be very careful and watchful.’’

Continuing, the man of God gave more prophecies for other African countries, ECOWAS, African Union and others.