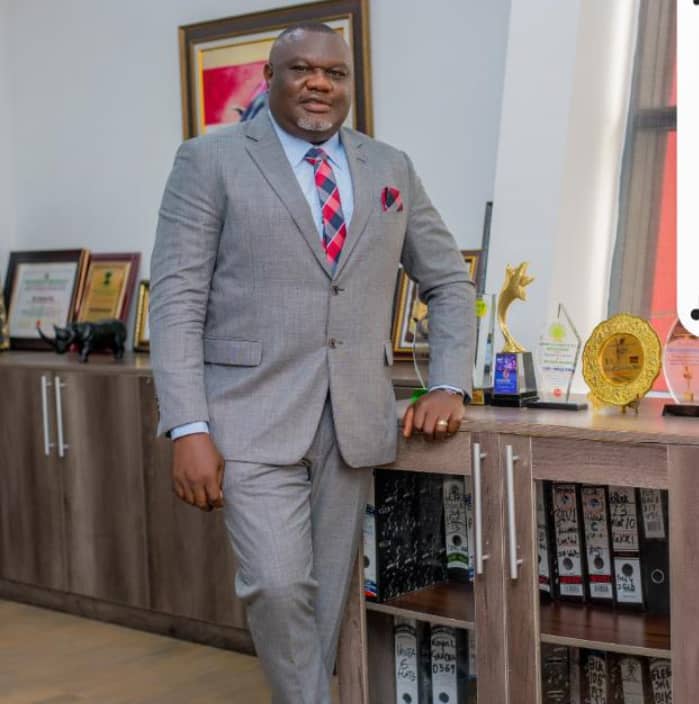 Barely few days after celebrities and friends of business mogul Obi Cubana took the entire Anambra state by storm following the burial ceremony of his mother, the tale of the resplendence that preceded the event has continued to form topics of discussion amongst Nigerians home and abroad.

The event however opened a new chapter of discussion on how Cubana’s act of benevolence accounted for the much love he garnered during the event.

While many have continued to hail Obi for his acts of philanthropy, Hybrid News Online hereby takes a look at another great man from the South Eastern part of Nigeria who’s act of kindness has impacted a lot of youths in his community.

He is from Orba in Udenu Local government area of Enugu state.

Dr Mba is a real estate magnet & a phylantropic doyen.

He is the founder Charley Mba foundation.

Dr Charles Mba is one of the Billionaire’s who rose from the scratch and became very infuential, successful and a major player in real estate within Nigeria and beyond.

According to a renowned American comedian/TV presenter, Jim Correy “the Golden rule of living is.
(a)to discover how you will serve the world.(b)to find out what the world needs that your talent can provide.
(C)to leave lasting effect on others

Many will spend thier lifetime trying to figure out these thoughts provoking rules to living, however, Dr Charles Mba not only figured them out but has been living them for almost two decades now.

He demonstrates the exact meaning of living by using his talent to serve the world & leaving a lasting impression while serving & mainly a positive impact on the causes that matter to the powerful.

Dr Charles Mba through his pet project Charley Mba foundation a charity organization established purposely to give scholarship to indigent students Udenu & nsukka at large from primary to university level.

Dr Mba has sponsored & trained many who aspire to for proffesional course in Engineering, pharmacy, medicine,& nursing.

His phylantropic magnanimity across nsukka zone earned him the unique title “Ihe Oma Chukwu mere n’Nsukka ” which means the good thing that happened to nsukka zone for the main reason that he doesn’t discriminate when he wants to give, He see’s everyone in the six local government of nsukka zone as one.