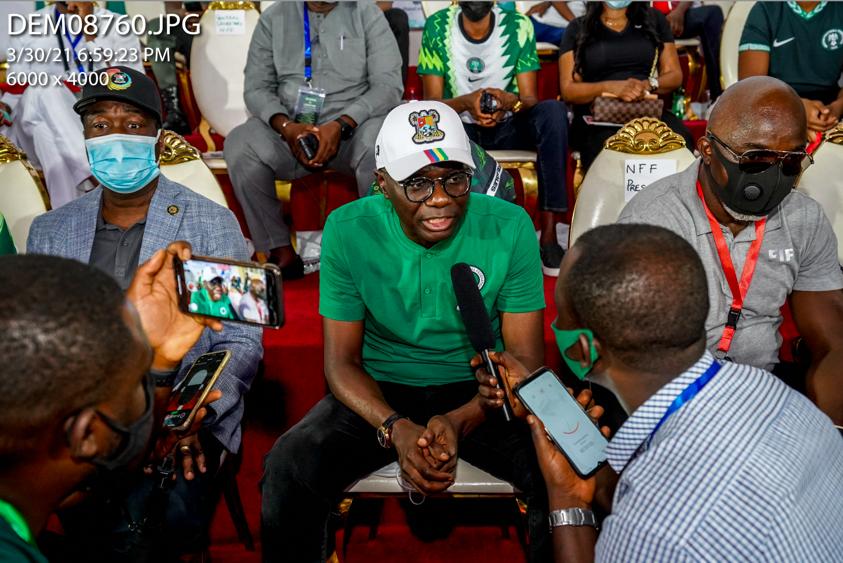 TRIXX NG reports that governor babajide sanwoolu, through his CPS, Gboyega Akosile has debunked the rumours that he was booed or ambushed by some Nigerian youths at teslim balogun stadium yesterday.

This publication gathered that Governor Sanwoolu was at the stadium till late night yesterday and there was no situation of him being booed at the stadium.

In the video of the alleged ambush, it could be seen that it was still in the day time, which obviously wasn’t Governor Sanwoolu’s convoy.

Heard this happened to @jidesanwoolu yesterday in Lagos. Nigerians booed Sanwoolu calling him a thief. @jidesanwoolu will never recover from #Lekkimassacre & his principal @mbuhari must face the consequences of all his atrocities against #Nigerians #Buharimustgo pic.twitter.com/fAv52eY0EO

Governor @jidesanwoolu was in the stadium till very dark yesterday. No incident as being spread by @renoomokri and his co-travellers happened during Mr. Governor's departure from the Teslim Balogun stadium. Let's stamp out #fakenews from our system. pic.twitter.com/J545bsTwml