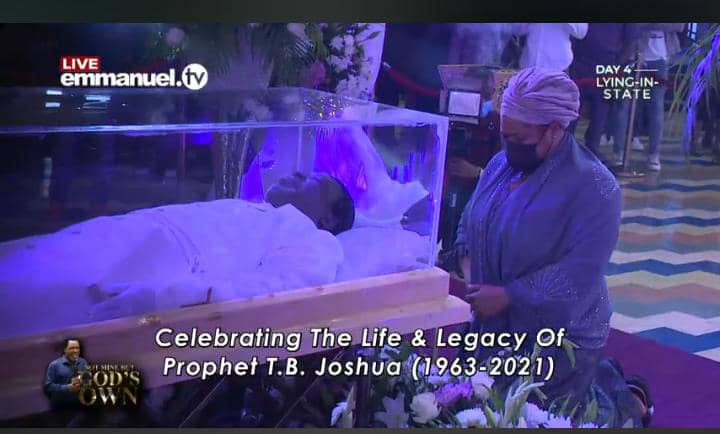 Trixx NG reports that the lying-in-state ceremony for late Prophet TB Joshua has began with people paying their last respect to the great man of God.

The first family of Prophet TB Joshua that includes his wife, children and in-law were the first to pay their last respect before everyone.

His widow, Mrs Evelyn Joshua was the first to go and she was really sober to have lost her husband.

In paying her last respect to him, she knelt down while their children and in-law followed.