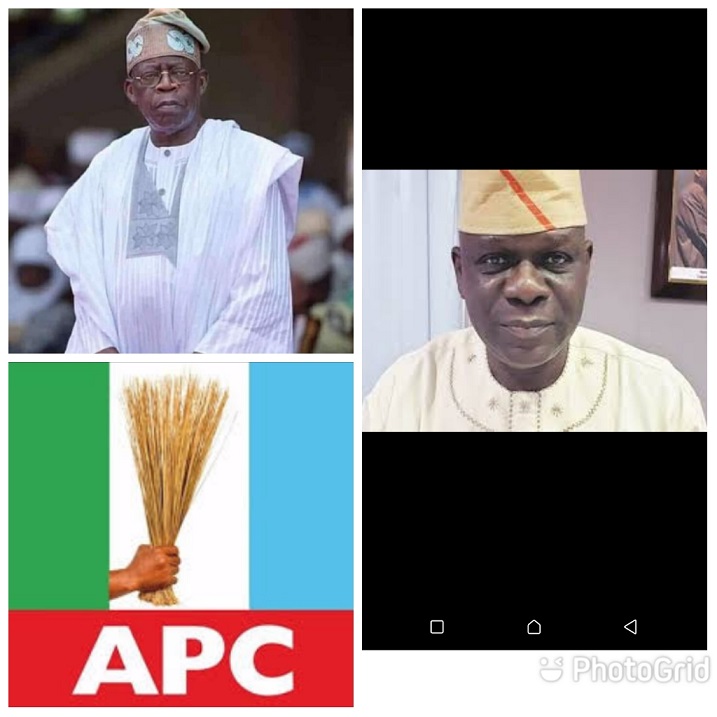 Sequel to the recent allegations going rounds that some All Progressive Congress local government Chairmanship candidates are allegedly involved in certificate scandal, it is high time for Lagos Governing Advisory Council, Asiwaju Bola Ahmed Tinubu and other notable leaders of the party to investigate the allegations.

As 2021 local government election gathers momentum in Lagos State, this is the high time for Asiwaju Bola Ahmed Tinubu, Government Advisory Council (GAC) and party Leaders to intervene in the crisis rocking the party over alleged certificate scandal in other not to lose the golden chance to opposition party.

However all may not go as planned for the Lagos state All Progressive Congress as many of their candidates are fingered in certificate scandal that can pave way for the opposition parties to clinch some local government in the state.

The State leadership under Mr Tunde Balogun, now called ‘Balo Dollar’ maybe face with votes of no confidence as party faithfuls have began to lament on how the Chairman has introduced incompetence and false hood to the party. It’s also notable that the party is not ready to sort the injustice looming and this have increased the awareness level of other party candidates, especially the Peoples Democratic Party.

According to multiple reports, the ruling party APC may currently be enmeshed in troubled waters as there are clear indications that some of the candidates in the forthcoming local government elections have been alleged to have submitted fake documents in a bid to get the party nomination. Urgent action has to be taken so that they do not lose some seats by fielding these candidates.

Information also gathered from Epe Local Government Area where the Chairmanship candidate of the APC, one Princess Suarh Olayemi Animashaun was accused of presenting a fake WAEC certificate despite claiming to have graduated from a Nigerian University.

The story of Apapa Local Government is another one worthy of mention as the candidate fielded by the APC to run for the position of Chairman of the council one Kevin Oluwaseun Gabriel formerly known as Kelvin Luchiano, former owner of “question mark music label” was accused to had change his name to correspond with the result he procured and is being backed by Mr Tunde Balogun the APC Chairman in Lagos State.

Kevin who is the current Vice Chairman of Apapa Local Government has been alleged of presenting a fake NECO certificate claiming he wrote the exam in November 2008 at over age 40 at the Command High School Araromi. Initial findings show that the school does not exist. Investigations are on going in areas like Apapa Iganmu with Funmilayo Mohammed, Shomolu with Hamed Salawu and Olarunde Folorunsho of Olorunda LCDA as these areas too are likely to be affected. The issues of these false documents are not limited to just the chairmen and their vice, councillors in some local governments too are involved in the mess.The case of Toheeb Shokunbi a councillor in Ikorordu central and many have scattered the state.

One wonders why APC did not do a thorough and proper verification process before fielding these candidates.

APC must now act fast as the opposition parties are well equipped with all the evidence of these malpractice and are waiting to use it to their advantage should the need arise.

The party leaders and stakeholders need to put heads together and resolve the crisis by making sure credible and reliable candidates, especially those who clinch the ticket in a well conducted primary process in other not to give room for opposition parties to visit the court so as to address the allegations.