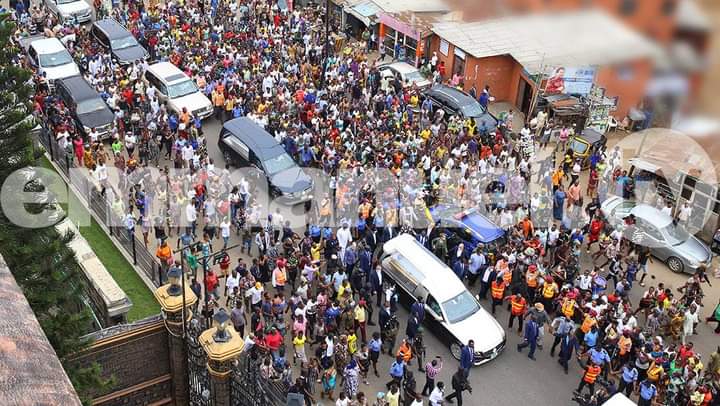 TRIXX NG reports that there was there was a massive turnout of people during the lying-in-state ceremony of late Prophet TB Joshua which is currently ongoing.

There was a procession from the Prayer mountain to the Synagogue Church Of All Nations building and it was indeed crowded.

His body was whisked on the streets of Ikotun on the road to his church from the prayer mountain.