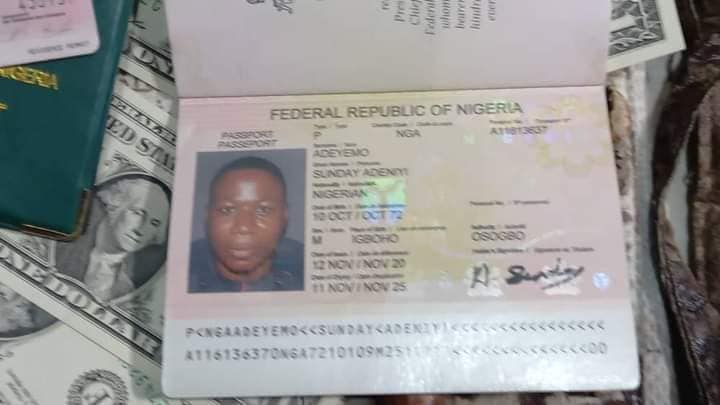 TRIXX NG reports that popular Yoruba activist, Sunday Igboho has gotten into fresh crisis with the department of state services after his home was raided in the early hours of yesterday.

During the raid, the DSS noted that they recovered some fire arms and lot of charms which was displayed in a video shared yesterday.

Among the things taken away from his house are international passports of some individuals including Sunday Igboho. These passports were also displayed in the pictures making rounds.

As it is, the DSS has asked Sunday Igboho to turn himself in after declaring him wanted for possessing fire arms. During the raid, about two people were killed as confirmed by the operatives of the DSS.

With the latest development, Sunday Igboho has been trapped in Nigeria because his passport has been seized and will not be able to flee overseas in case it is necessary.