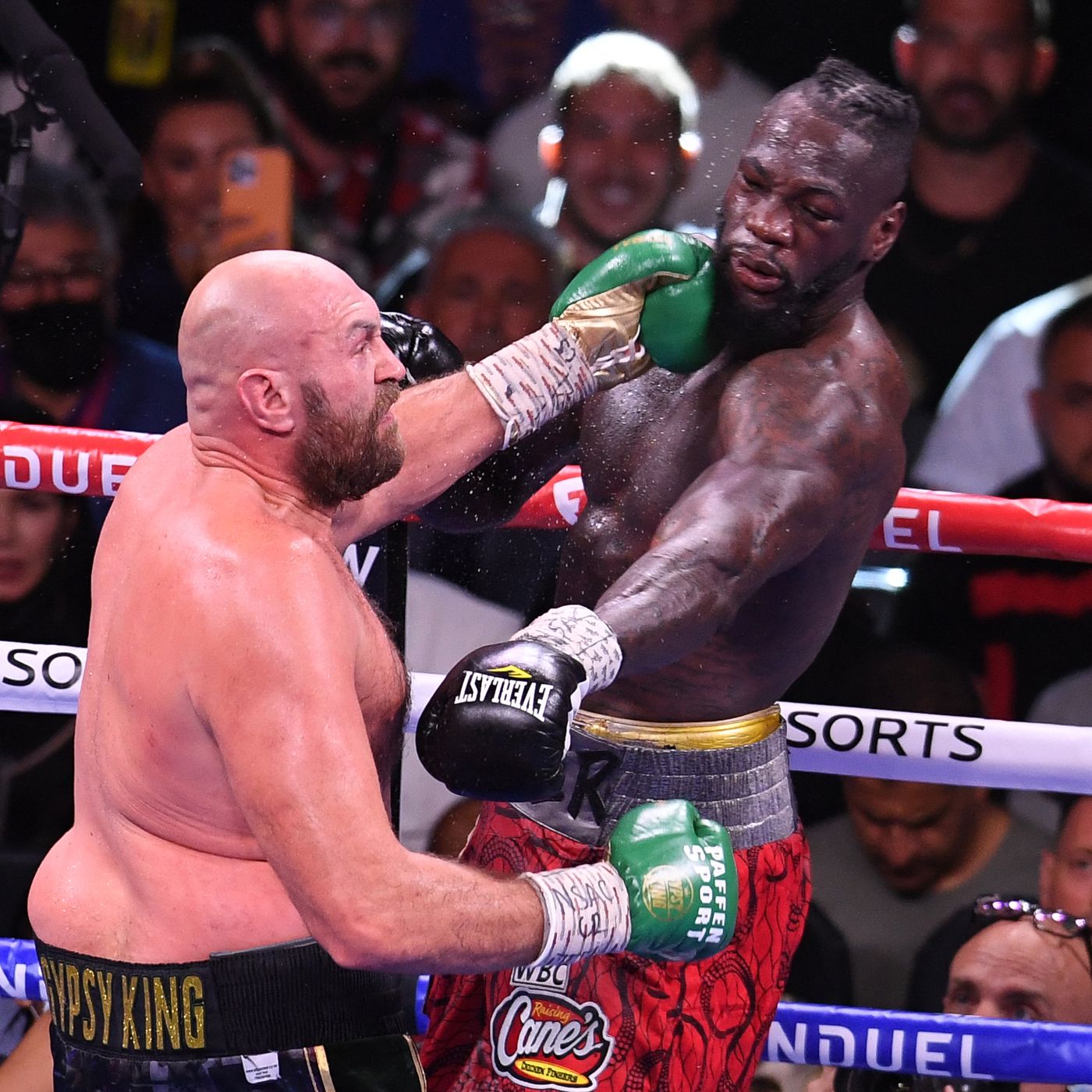 Fury was meeting Wilder for the third time in three years following a controversial draw and a concussive stoppage.

Both men hit the canvas with Wilder down in the third and 10th rounds and Fury down twice in the fourth.

But it was the champion who recovered best from the setbacks to stop his opponent in the penultimate session and ensure a concussive end to this long-running feud.

The fight started with Wilder going on the attack against Fury, something he could not do when they met the last time, but Fury was able to get one late shot towards to end of the round. It was a more easy fight in the third round as Fury was able to get a few right-hand jabs, which ensured Wilder got knocked to the ground.

Tyson Fury came into the fourth round with confidence, but Wilder had other intentions despite going down in the previous round, as he ensured the Gypsy King went down twice in that round.

Wilder looked weary in the fifth round from throwing so many punches which did not hit Fury. The Brit jab his way back in as he was able to give two punches and an uppercut on the break. The sixth round was all Fury as he gave a three-punch combo, but Wilder answers with a left hook.

It went from bad to worse for the American as he became more sloppy and missed every punch. Fury kept his cool as held a good defense. The Brit knocked out Wilder in the eleventh round with a good right-hand punch to end the fight.

Fury ensured he delivered everything he promised his fans in the fight, from his hit and move style to his overpower, outworks as he beats Wilder for the third consecutive time.

This fight is more than retaining the world title, but it is a statement for the Brit to the rest of the world. The Briton will face either Anthony Joshua or Usyk Oleksandr on a later date to defend his title.