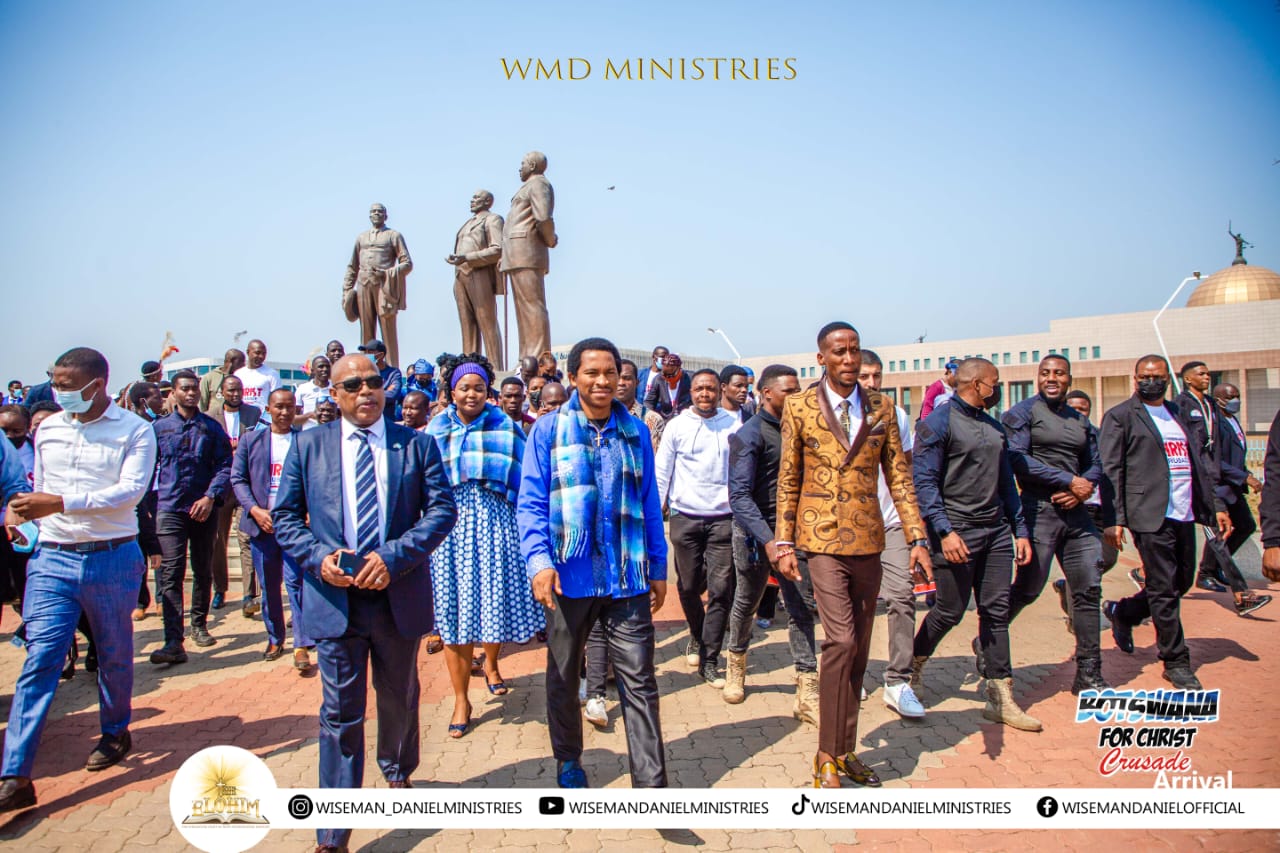 Wiseman Daniel honours his father in the lord late prophet T.B joshua by observing a 2 minute silence for him in the crusade ground at botswana. The man of God implored the crowd to join him in which they did.

Wiseman daniel in his statement before observing the silence said T.B was the one who nurtured him, and made it possible for him to be where he is today, standing before the crowd.

Wiseman Daniel whose biological name is Daniel Emelandu Udochukwu arrived Botswana for a two day crusade. He is one of those who late prophet T.B Joshua released the prophetic mantle on. He has proven to be a carrier of the prophetic, as through him God is moving in the miraculous.