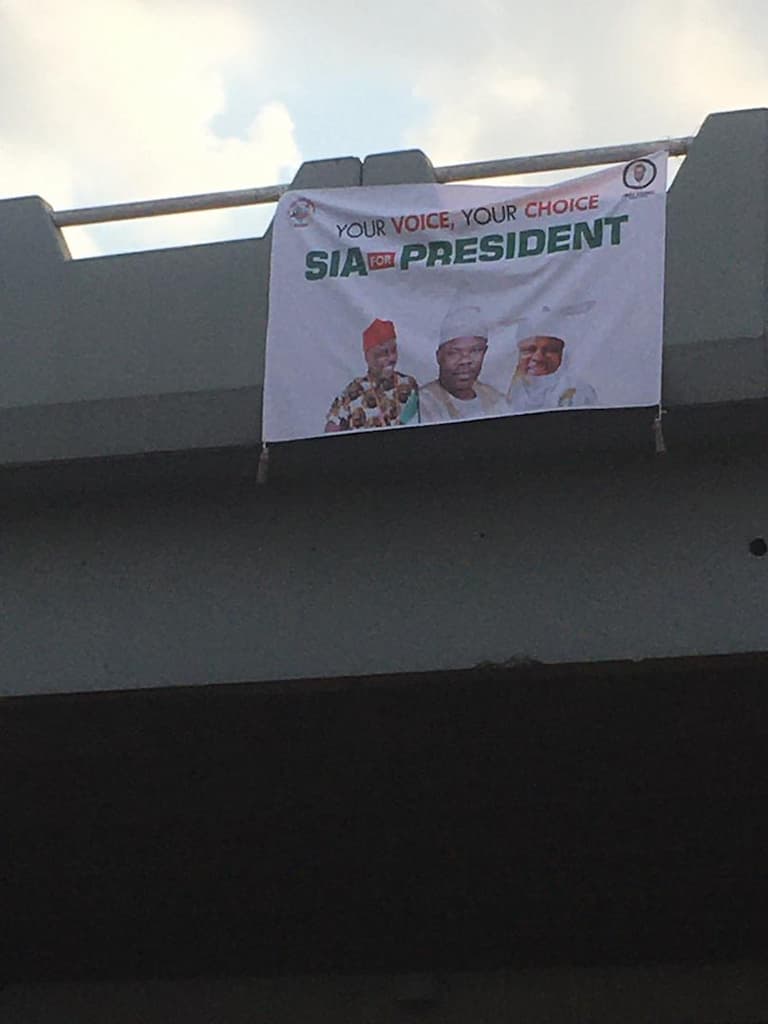 A campaign banner announcing the interest of former Ogun State Governor, Ibikunle Amosun, to contest in the 2023 presidential election has appeared in Abeokuta.

Trixx NG learnt the banners were hung on one side of the NNPC bridge, along the Kuto-Okemosan road on Wednesday.

In one of the campaign banners, Amosun was seen dressed in Igbo, Yoruba and Hausa attires, symbolising the three major ethnic groups in Nigeria with the inscription, “Your voice, your choice, SIA (Senator Ibikunle Amosun) for President.”

Also, some vehicles branded with similar inscriptions were sighted in Abeokuta yesterday.

Speaking with DailyPost, a close ally of the Ogun Central Senator, who did not want to be mentioned, however, said his principal did not know anything about the campaign banner.

“I am not sure Sen. Amosun knows anything about the poster. That must have come from people who want him to vie for the presidency. Amosun is currently busy with how to serve the nation and his constituents, who elected him to represent them at the red chamber. However, different supporters of politicians across the nation do paste their posters. So, there’s nothing strange about this,” the ally said.

Also, the factional Chairman of the All Progressives Congress (APC) in Ogun State, Chief Derin Adebiyi, said: “No. He is not the one behind it. What you are saying is news to me. I have not heard about it.”

Related Topics:Ibikunle Amosun
Up Next