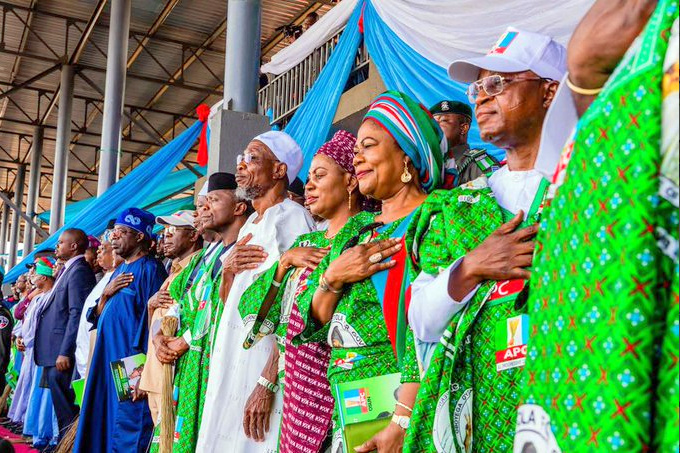 The All Progressives Congress (APC) has fixed its state congresses for October 2.

In a notice issued on Monday, John Akpanudoedehe, national secretary of the APC caretaker committee, said the sale of nomination forms will begin on Wednesday.

The party had held its LGA congresses on September 4, before then, it held its ward congresses on July 31 across the country except in the federal capital territory (FCT), Bayelsa and Imo states.

By holding the state congresses, the party is inching closer to its national elective convention.

Since the dissolution of the national working committee (NWC) led by Adams Oshiomhole, the former national chairman, in June 2020, a caretaker committee led by Mai Mala Buni, Yobe state governor, has been piloting the affairs of the party.

The Oshiomhole-led NWC was dissolved after a protracted leadership crisis.

The committee led by Buni was directed by the national executive committee (NEC) to organise a convention where substantive national officers of the party will be elected.