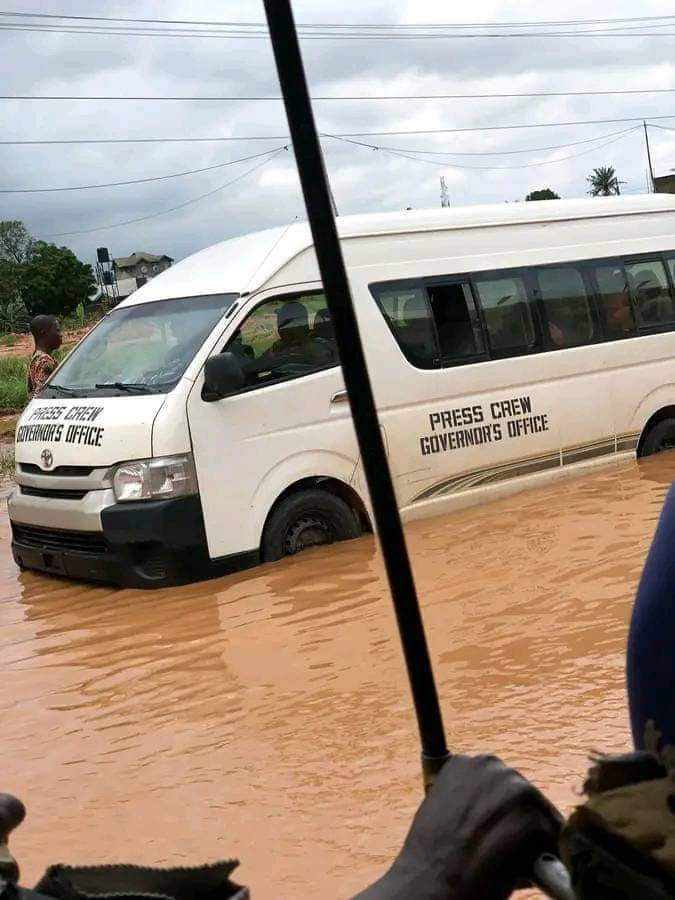 TRIXX NG reports that the convoy of Ogun state governor, Dapo Abiodun broke up on Sunday in Olambe area of Ogun state due to bad roads.

The team was heading to the scene of the unfortunate inferno caused by a fallen petrol tanker in Olambe area when the press crew bus broke down inside stagnant water due to the state of the roads that leads to the area.

According to eye witness reports, a Hilux bus had to tow the vehicle out of the water before it could continue with the journey.

The governor, who was represented by his deputy, Noimot Salako on arrival at the venue promised to support those affected by the unfortunate inferno.