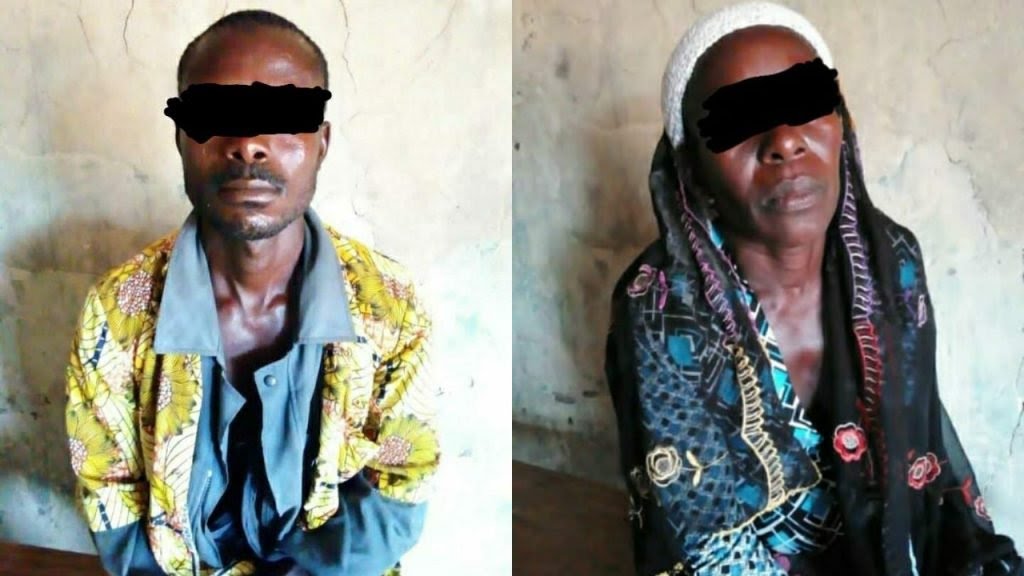 The Kwara State Command of the Nigeria Security and Civil Defence Corps (NSCDC) has apprehended a Beninoise man identified as Adamu Sabi Sime, for allegedly committing incestous act with his mother.

The NSCDC disclosed that Sime was arrested following an intelligence report by the district head of Moshe Community in Kaiama Local Government Area of Kwara state.

According to a statement issued by the spokesperson of the command, Babawale Zaid Afolabi, Sime was reported to be having carnal knowledge of his biological mother, Fati Sime, a relationship which has produced three children.

Afolabi also disclosed that Sime and his mother did not have the necessary documents required by immigrants living in Nigeria, adding that the command has handed the duo to the Nigeria Immigration Service (NIS) for further investigation.

The statement reads, “On Thursday, September 09,2021, one Malam Bandele, the district head of Moshe Community in Kaiama Local Government Area of Kwara state, reported the incestous act committed by one Adamu Sabi Sime and his mother, Fati Sime of the same community.

“Men from the intelligence unit and NSCDC operatives in Kaiama swung into action and the outcome of investigations established the fact that the mother (Fati) has three children for her biological son.

“They have been handed over to the Nigeria Immigration Service, NIS, for background checks and further action.”

Seven Nigerians Jailed In US Over Romance Scam, Money Laundering

How Our Driver, Bad Road Aided Our Kidnap – Victims