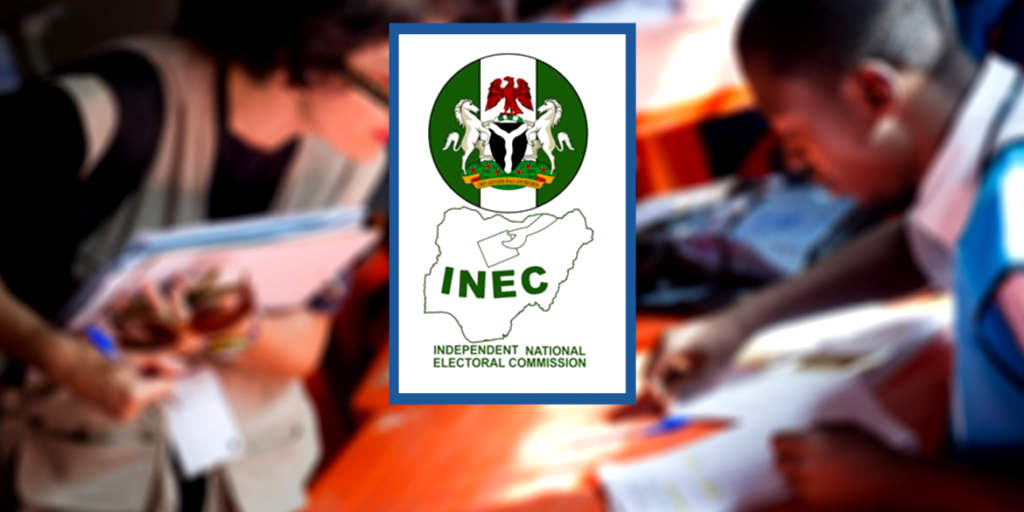 Yakubu said that while working on the register of voters INEC was continuously innovating on how to strengthen the credibility of voter accreditation and result management process during elections in Nigeria.

The innovations, according to Yakubu, include the introduction of the machine-readable Permanent Voter Card (PVC) and the Smart Card Reader (SCR) as well as uploading of polling unit results in real-time on Election Day.

He said, however, for some time, many stakeholders had called on the INEC to strengthen the voter accreditation process during elections.

He said this was especially with reference to the use of incident form where the SCR failed to authenticate the fingerprints of voters.

“Such concern is legitimate given the fact that the SCR successfully verifies any card that belongs to the polling unit for which it is configured irrespective of who presents it.

“Their apprehension, therefore, is that by using the incident form to cover those whose fingerprints are not authenticated by the SCR, a voter may be able to use another person’s PVC to vote during an election.”

Yakubu said that to address the concern, INEC attempted to introduce the facial biometric authentication during accreditation using the Z-Pad tablet to complement the fingerprint process through the Card Reader.

He said that this was done before the Edo Governorship election in September 2020.

“However, the Commission was not satisfied with the pilot held in the Nasarawa Central State Constituency by-election a month earlier in August 2020.

“We, therefore, suspended the idea to enable us to do some innovations; so the Z-pad was therefore only used to upload Polling Unit results to the IReV portal during elections.”

Yakubu said that over the last one year, INEC reviewed the situation and found the appropriate technology to address it.

He said that the functionality of the Z-pad had now been integrated into the IVED currently used for voter registration.

“We believe that where the voter fails both the fingerprint and facial authentication, he/she will not be allowed to vote. In other words: no electronic authentication, no voting.

“We are convinced that the new machine is robust enough to further guarantee the credibility of voter authentication and transparent management of results during elections.”

Yakubu said that the commission intended to carry out a pilot exercise using the new device in Delta during the Isoko South 1 State Assembly constituency by-election holding on Saturday Sept. 11

“The BVAS will now perform the functions of both the SCR and Z-Pad in the by-election.

“Thereafter, it will be deployed in the Anambra Governorship election in November,” Yakubu added.

In his remarks, the President of the Nigeria Union of Journalists (NUJ), Mr Chris Isiguzo, commended INEC for the various innovations introduced to improve Nigeria electoral process.

He said that all democracy in the world had embraced digitisation, saying the time had come for Nigeria to fully embrace it.

Isiguzo appealed to the National Assembly members to revisit their decision on full digitalisation of the electoral process to allow electronic transmission of results.

“Reactions that trailed that from Nigerians clearly show that they operated at variance to opinions of most Nigerians.

“If we must indeed deliver elections that are acceptable to Nigerians we must fully digitalise our process.

“Most of our activities today are operated electronically; voter registration and accreditation are being done electronically during elections; but unfortunately, when it comes to transmission of results we begin to collate manually.”

The NUJ President said such was not healthy and would not deepen the use of technology for the nation’s voting system in the 21st century.

Isiguzo, however, appealed to the lawmakers to do the needful to reposition the democracy to meet emerging challenges.

INEC Director of Information and Communications Technology (ICT), Chidi Nwafor, in his presentation on the new device, said that the IVED had nothing to do with transmission of election results but for voter’s authentication and accreditation.

Nwafor said that the new device was part of commitments by INEC to deepen the use of technology to make elections seamless in Nigeria.

Nwafor recalled that INEC introduced the Direct Data Capture Machine (DDCM) in 2011, SCR and PVCs in 2015 as well as Z-pad for recent elections.

He said that apart from eliminating theft of PVCs to vote, IVED machine had capacity to read back-code to eliminate the possibility of using a PVC to vote more than once on election day.

He said that with the new technology voter verification could be done via finger print or face recognition while the card could also be read through back-code.

Responding to questions, Nwafor explained that the functionality of the device for accreditation and verification had nothing to do with internet availability.

He said that with the machine there could not be over voting as it would record the number of voters verified for voting.

On the availability of internet network coverage for election activities, Nwafor said that in 2018 there was 98 per cent of 2G internet availability that could have been used for electronic transmission of results.

He said that INEC would continue to avail itself of relevant technology to improve on Nigeria electoral process.

Earlier at the Commission’s meeting with Civil Society Organisations, Mrs Ene Obi, speaking for the Situation Room, urged INEC to continue to ensure accountability and transparency in the technology introduced to the Nigeria electoral process.

Obi urged INEC to ensure that Anambra election is credible, saying we believe that if it goes well with Anambra there will be continuous improvement in other elections.